The Fastest Car in the World


Is this un-assuming family car the fastest production car in the world? 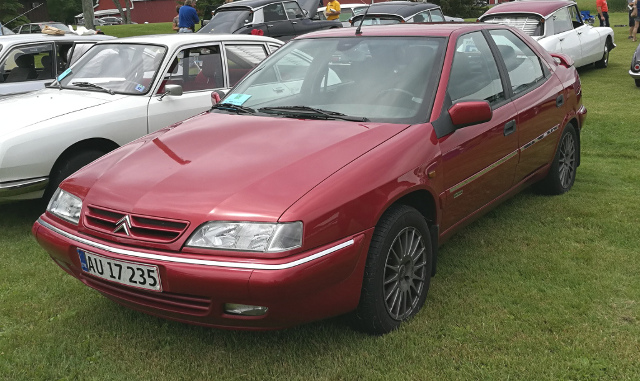 Read on, and I'll show you that in a real-world driving test it is the fastest production car in the world, and that it has held that record since 1999...

Perhaps you thought this was the fastest car in the world: 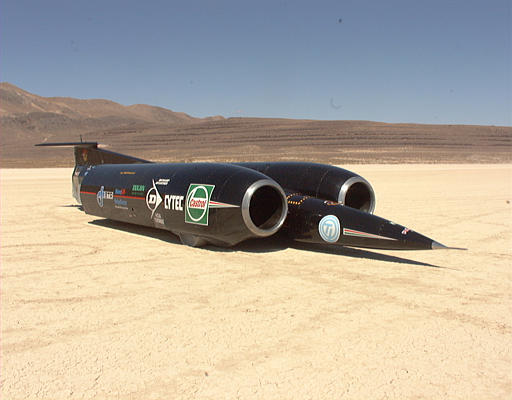 It does hold the land speed record, and is the only land vehicle to have broken the speed of sound.

However, it's certainly not a production car. Only one ThrustSSC was ever built. Secondly, it's not actually a car. A Google Search for “define:car” returns:

a road vehicle, typically with four wheels, powered by an internal combustion engine and able to carry a small number of people.

The ThrustSSC could only run on a specially conditioned length of desert, it didn't have tires (tyres), and it could barely steer, let alone go around a corner at any speed. You aren't going to go grocery shopping in it, or pick up the kids at school.

How about this car?:

Well, top fuel dragsters can accelerate to 100 MPH in less than a second, and be doing over 330 MPH at the end of a typical run. But they still can't steer very well, and they aren't mass produced by any standard. They don't fit any common sense definition of a "road vehicle".

This car can go around corners (very well, in fact), and drives on a paved race track. Surely it's faster than the car pictured at the top:

Nope. Again, it is not a production car, and it's not street legal. Even if you forget the “production” part, it's not a “road vehicle” by any reasonable interpretation.

OK; How about this one?:

Think you've got me this time? While fewer are produced than, say for example, a Honda Civic, it is a production car. It is street legal, and as long as you have only one child, you could take him/her to school (I'm sure they wouldn't mind at all). It even has room for a small amount of groceries. It's got 570 HP and a top speed of 328 MPH.

So the McLaren 570S does count as a road vehicle. The problem with this car is that it is actually 2 km/h slower than the car pictured at the top of the page in a test of real-world driving.

Over in (Northern) Europe, they have 2 things -- The first is Moose (Mooses? Moosi? -- Those big animals with antlers), and the second is test of a car's ability to avoid hitting one. Moose are big, tall, and heavy. Hitting one is usually catastrophic to the car, the driver, and the passengers (it doesn't do the Moose any good either). The Moose Test is taken very seriously in areas where Moose are common.

Actual Moose aren't the only things we want to avoid crashing into, so call it whatever you want: “Idiot backing out of their driveway test”. It tests a cars ability to maintain control, and not "spin out" or roll over during an object avoidance maneuver. In other words, it is a test of primary safety -- avoiding an accident -- as opposed to protecting the driver during an accident.

The driver must avoid the object, and then return to their lane before having a head-on collision with a car in the other lane.

Photo: Representation of the Moose Test from Wikimedia Commons

Click the link below, and then click small sort arrow by km/h, until the fastest car is on the top.

The Citroen Xantia CT Activa has held the top spot since 1999. Only in the last year have any production cars come within 3 km/h of beating the Xantia Activa -- The car preferred by Moose everywhere.

Photo: The CarCynic, Note: Picture is actually of a Citroen Xantia V6, not a Xantia Turbo CT Activa, but from the angle shown, they are indistinguishable.

So how can this very average looking car (and that is being a little generous) beat cars like Ferrari's, Porsche's, and McLaren's in the Moose Test?

The secret is in the Citroen's Hydropneumatic suspension system. The Xantia was the first model to combine the Hydropneumatic suspension with active computer control, hence the names Activa and Hydractive. It enabled the Xantia Activa to maintain control at 85 km/h (52 MPH), and no production car -- even exotic sports cars -- has been able to drive through this test faster.

For a demonstration of the Hydropneumatic suspension and DIRAVI steering on the CarCynic's Citroen CX, watch this video: