[Previous entry: "Yes, You can by a new Citroën in the United States (Part 2 - Update)"]
[Next entry: "What's with the Citroën / Peugeot symbols in the Trump University logo?"]


UPDATED with information about the Citroën CXpirience

The Citroën C6 is the car that won't (and shouldn't) die. In this article we'll take a look at Citroen's flagship cars -- and take a look at what is in the future for Citroen's top of the line. 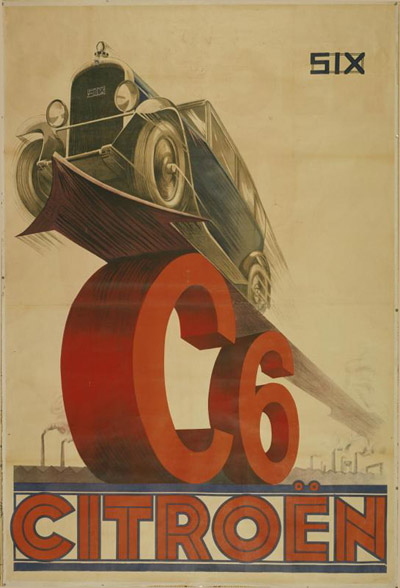 Citroen C6 poster from the 1930's. Photo Hosted at Citroenet.org.uk

The first Citroen C6 (also known as the AC6) was introduced in 1928, and was Citroen's first 6 cylinder car. It was Citroen's flagship, and Andre' Citroën even had a special version built and donated to the Pope. 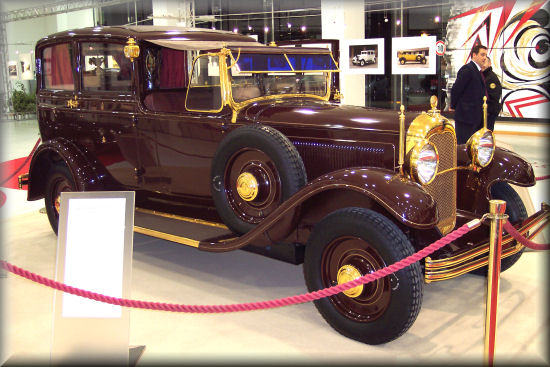 In 1934, the Traction Avant replaced the C6. It was obvious that this revolutionary car was to be Citroen's new flagship, and thus the C6 name was put to sleep.

But it wasn't long until that pertinacious number 6 clawed it's way out of it's shallow grave. In 1938, Citroen released a 6 cylinder version of the Traction. In the naming convention of the time, it was called the Traction 15 (15cv - refering to the French road tax system), but the number 6 returned as a spelled-out suffix. It's full name was the Traction Avant 15-Six.

To insure it's place as a flagship, Citroen fitted thier famous hydraulic suspension to the rear wheels only of the Traction Avant 15 in 1954. The "Six" designation remained, making it the 15-Six-H. This is significant because a Citroën with a "6" designation was the first production Citroën to have hydopnuematic suspension. Even today, a Traction Avant 15-Six-H Familiale would represent one of the most desirable and valuable of any Citroen amoung collectors.

Just one year later, the DS (the orginal, or "real" DS) went into production, and the number 6 was assigned to the lowly position of following around 2cv's, Dyane's, and Ami's -- in each case refering to the 602cc version of these cars (e.g. 2cv6). While they were, and remain, icon's of Citroen -- if not all of France -- these cars were hardly flagships.

In 1974, Citroen introduced the Citroen CX. CX refered to the car's low cooefficient of drag, but at least CX sounds a bit like like C6. The CX was intended to be Citroen's flagship. Whether it was or not initially could be the subject of some debate -- at least until the lengthened, elegant Series 2 CX Prestige appeared in 1986.


In 1991, the CX was dropped. The XM was supposed to be Citroen's flagship, but sales were not great, and while it is unquestionably an impessive car, the elegance generally associated with the term "flagship" just wasn't present in its squared off wedge shaped body and boxy dash.

For years, there was no large, elegant Citroen flagship, and there were no models associated with the number 6.

In 2005, Citroen once again exhumed the nunber 6. With it's long lines, and concave rear window, the new C6 was an obvious nod to the CX, and available luxury interors (and high prices) made it unquestionable that it was meant as a flagship.

The present is only another point in the history of the future. It's 2016, and a new history of the Citroen C6 is about to begin. According to this article, production of the next Citroen to wear the "6" badge is being started. Yes, it will be made in China, by the Donfang-PSA partnership, but that article states that it will have Hydropnuematic suspension, and it will be a large flagship. And while it may have a different name, it will eventually be available in markets outside of Asia, too.

Citroen Metropolis. Hopefully the production Citroen will have at least some of the elegance and features of this one-off Citroen prototype. Photo: Wikimedia Commons

Will it ever come to the Unites States? Will the versions for non-East markets have the pneumatic suspension? We don't know the answers yet, but Citroen's name will be associated with a new flagship, and that flagship will have lots of cool features, and hopefully looks to match.

Citroen fans still have something to write about.

Yes, Fans of the Citroën CX and C6 line still do have something to write about -- So I am writing.

In the lead-up to the Paris Motor Show, Citroen has unvield yet another prototype in thier flagship CX/C6 line -- The Citroën CXpirience: 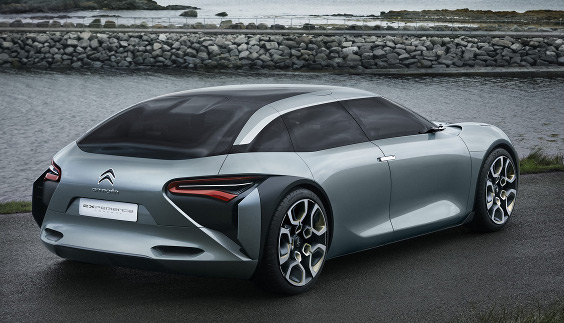 This obviously non-production (but functional) car features easy access via rear suicide doors, a touch screen user interface, heads-up display, and a hybrid drive train similar in concept to what is available on the Citroen DS5.

Obviously this car will never be put into production as-is. Those sharp corners on the display for example, would never meet safety standards in any country. Never-the-less Citroen Prototypes do occasionally make it into production without significant styling changes -- most notably, the Citroen DS -- The futuristic (for the time) prototype that went into production with both it's styling and technological innovations intact.

More details on the CXpirience, and a promo video can be found on the official Citroen International Page:
Citroen CXpirience

The music the the promotional video, has also been added to the CarCynic.com Citroën Music Page.