The (not a) Car I Learned about Today: The Air Hogs X4 “Stunt” Toy Quadcopter


In addition to Cars, one thing we like to play around with here at CarCynic.com is Quadcopters. You may have seen the areal footage of Citroen Rendezvous shot from one of our autonomous Quadcopter “drones”. 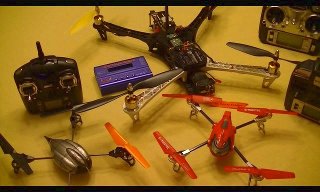 We like building them, flying them, and learning about new ones.

Today, We are going to review the Air Hogs X4 Stunt. 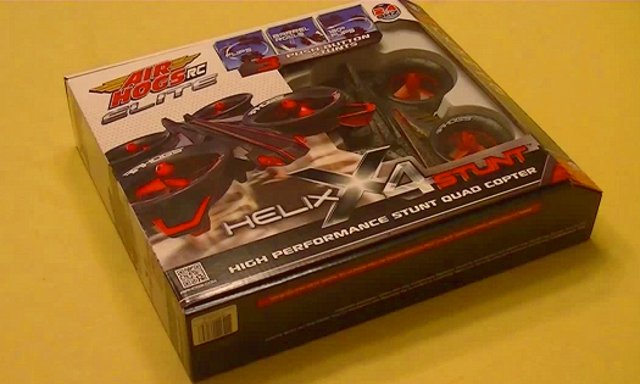 Unboxing
I had done an unboxing video, but it's really kinda pointless. The only things in the box are the Quadcopter itself, the transmitter, a USB charger, and a simple instruction sheet. 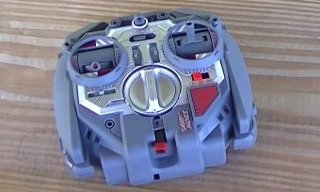 The Transmitter (Controller)
The transmitter was the first major disappointment. It is immediately obvious on opening the box that the trim controls are fake. Now, given how the self-leveling flight control system works, there is some logic to the argument that trim controls are not needed. It is also likely that the target audience would not understand the idea of trimming the aircraft, or have the patience to do so correctly, but as we will see, this is no different than any other aircraft, real or model. With out the ability to adjust the trim, flying ability is impaired.

On the subject of the transmitter, a feature they could have left out is the built-in charger. The large knob at the bottom center is used to reel in the charging cable. Why is it useless? Charging the Quad this way will deplete the 8 “AA” batteries in only a few flights. The good news is that the included USB charger can be used with any USB “Wall wart”, or Car adapter to charge the little Quad. Of course a USB port on a PC, Laptop, etc. can also be used. There is no other USB functionality.

Other controls in the transmitter include the power and mode switch. There are 2 flight modes or sensitivity settings. More on this in the “Flying” section, but I would like to point out that some of the Chinese toy-grade quads that sell at the same price or less, have up to 8 sensitivity settings. There is also a switch that allows the selection of 3 different aerobatic “Stunts” - Flip, Barrel Roll, and a Reversing Flip (kinda of an Immelmann Turn.) Just below this is a button used to execute the selected maneuver.

Lastly, the feel of the controls is disappointing -- Unacceptable in terms of hobby grade transmitters, and even poor by toy standards. On my particular unit, the Throttle/Yaw control can stick in the bottom right position. It would not interfere with flying, but it is a statement about the quality of the product. (See below for a mod that improves the feel of the control sticks). 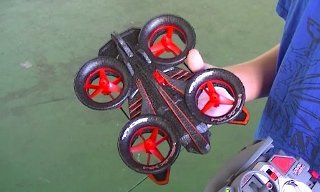 Quadcopter Description
As far as the X4 Quadcopter itself it's a really cool looking toy. The small propellers, the close tolerance of the blades to the housings, and the shape of the foam ducts mean that this is, at least partially, a true ducted fan quadcopter. Since the foam is integral to the function of the fans, it cannot be removed like on most other home or toy grade machines. The foam completely surrounds the X4's internals, including the Lithium-Polymer (Li-Po) flight battery. This presents several problems. First, and most obviously, it means that when the battery will no longer hold an adequate charge, the entire quadcopter must be disposed of. Secondly, there is no option for buying additional batteries for several consecutive flight times. Less than 10 minutes of play is all you get, then you must connect the X4 to the USB charger -- Which brings us to the third problem of a sealed-in battery. You must use the included charger, which has an approximately 1 hour charge time. There is no way to use a standard hobby Li-Po charger for faster charge times.

Flying
Comparing this quadcopter to a hobby grade craft would obviously be unfair, but even compared to other toy-grade quad’s in the same price range, the flying qualities of the Air Hogs X4 disappoints. The two smaller quads in the first picture cost significantly less (US$60, and US$50, including shipping) than the Air Hogs Quadcopter (US&79.99 MSRP). So comparison to those “birds” is more than fair.

It is self-stabilizing, but it tends to fly around in sort of a wallowing motion. In the lower sensitivity setting (Low rates, as we call it in the RC hobby), there is so little control of the X4 “Stunt”, that the flier is, at best, slightly influencing its flight rather than actually flying it. I can see why they designed it this way -- novices tend to over-control. If a child or a beginner can master the throttle, they can at least have some appearance of control. The unit I purchased seems to have a tendency to yaw to the left, and want to fly slightly backwards. With no trims, there is no way to correct for this. Left on it's own in still air (controlling only the throttle), it will fly backwards in a large, “wallowy”, erratic clockwise circle. Doing real “Stunts” by actually flying it (as opposed to the 3 pre-programmed “Stunts”) is out of the question. Even in “Expert Mode”, they've slowed down the reactions way too much.

Speaking of “Stunts” - The 3 pre-programmed maneuvers do work -- sometimes. Since it is recommended for indoor flying only, you'll need a large room, like an “open floor-plan” two-story living room at least. Outdoors, there is just not enough control to deal with any breeze at all. It's not a matter of power, or it being too light for a bit of a breeze, it's just that they don't give you enough control authority, even in “Expert”. 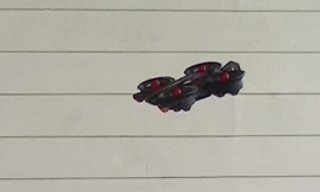 Conclusion
A radio control toy quadcopter is an excellent way to teach children the fine subtle control and patience that is needed for so many things (physical and inter-personal) in life. The Air Hogs X4 is a cool looking, and really cool sounding toy. It's durable enough to take some beginner's crashes, and safe enough to prevent harm to nearby TV screens, home decor, and other individuals. Unfortunately, it just does not fly well enough to be capable of, or to incentivise, getting beyond that stage. If you do not mind over-paying for a cool looking gift, it may be OK, but if you have any intent at teaching, learning, or experiencing RC quadcopter flight, I strongly recommended one of the other toy-grade quadcopters.

Where can you get a better Quadcopter for about the same price?
That's easy -- The Massive RC Shop.

Mods
I did a simple “Mod” to make flying the X4 a little nicer. This requires disassembly of the transmitter, and will thus void your warranty. The “clicky” feeling of the throttle stick is done with a simple, flat copper spring. I simply bent this down out of the way. I also cleaned up some flash on the control stick parts, and applied some mink oil to give it a smoother feel. Do not use any grease that will dissolve plastic. Real mink oil is plastic compatible.

I also removed most of the stickers on the Quad to save weight, especially a large one on the tail. This may help to correct the tendency to fly backwards.

Planned Mods
I plan to slice open the foam of the bottom to attempt to access the battery.

I would also like to replace the flight control board with one from a quad such as the WLToys V212 or similar.

Update: The above mods have been done. Read about them here.